Why is Asking for what we Want so Difficult?

Asking is a critical skill for anyone to have – especially salespeople.  When we plan a sales call, presentation, or meeting, we do so with the goal of obtaining a specific action.  Sounds simple, doesn’t it?  Why then is it so difficult for us?

Let’s look at this from 3 perspectives: What do you have to Ask for? Why is Asking for what you want so difficult? What are the key elements to influential Asking?

What do you have to Ask for?

To be an effective salesperson or manager, there are many actions you must be able to obtain from your customers:

Ask yourself the next time you’re planning to engage a customer – What do I want? How am I going to ask for it?  We may know what we want from the engagement, but the “asking” portion is more difficult.

Why is Asking for what you want so difficult?

There are 3 reasons I find Asking so difficult for people:

First, when were you ever taught how to effectively ask?  It’s safe to say that if you’ve been in sales more than a few years, you have attended programs on call planning, presentation skills, negotiating skills, questioning, etc., but nowhere were you taught the skill of asking.

It’s easy to feel that asking is too forward, too blunt.  Think about it this way, each one of us can think of a situation where you knew someone wanted something, but they just kept rambling on and on.  How did you feel?  Frustrating, wasn’t it?  Did you finally just say, “What do you want!”.  Turn that feeling around, our customers often feel the same way.  Just as we respect it when someone simply asks what he or she wants, so will your customer.

Third, we don’t understand the foundation of an influential ask.

What are the key elements to an influential Ask?

There are 4 key elements to an effective Ask:

Second, from the customer’s perspective, what problem are you Solving?  If they don’t perceive you’re solving a problem they have, why would they agree?  Be sure to leverage your differentiators when describing how you will solve their problem.

Third, make certain that the WIIFM? is clear to your customer; specifically, how will he or she be positively impacted.

Fourth, go to the “golf driving range” for sales effectiveness – practice what you’re going to ask, role play with someone.  Once you’re comfortable delivering it, it’s time to execute.  Many people that I coach will do all of the above, except when it comes time to actually deliver their asks; they simply don’t do it.  Remember the positive feeling you have when someone delivers an influential ask to you.

Increasing your asking skills will have an immediate and long-term impact on your sales and management effectiveness. 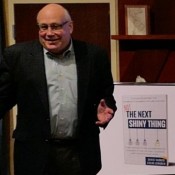 David Varner: With a background in engineering, sales and global consulting, Dave brings a unique perspective to the sales training industry. This is evident in the workshops that Millau offers: simple to execute, based on data - not emotions - and produce immediate, measurable results. Dave is the co-author of the soon to be released books, The Sales Checklist and Not The Next Shiny Thing.

Immediate Value at No Cost

We use cookies to ensure that we give you the best experience on our website. If you continue to use this site we will assume that you are happy with it.Ok